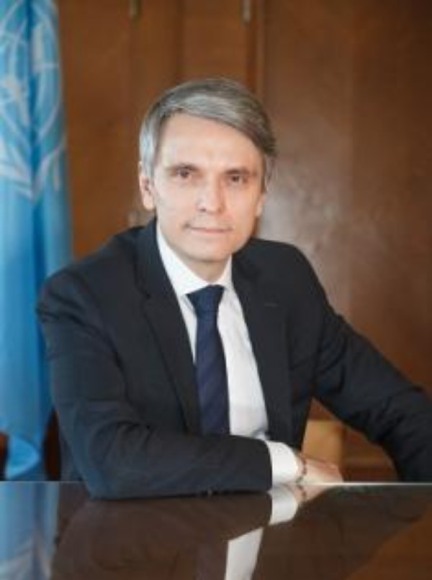 Dmitry Mariyasin was appointed Deputy Executive Secretary of the UN Economic Commission for Europe on 1 March 2021.Prior to joining UNECE, Mr. Mariyasin was the Resident Representative of the United Nations Development Programme (UNDP) in Armenia (since December 2018, after being Deputy Resident Representative in 2017-2018) leading a team of 120 people.  From 2011 till 2016 he was the Regional Partnership Advisor and Team Leader in the UNDP’s Bureau for External Relations and Advocacy covering the Europe and the CIS region, based in Istanbul.  In this function, he led a team of 20 that supported UNDP’s partnerships with new development donors and partners in the region, including strategic partnerships with Czech Republic, Kazakhstan, Romania, Russia and Slovak Republic.

Mr. Mariyasin is a national of Russian Federation, is married and has two sons and one daughter.