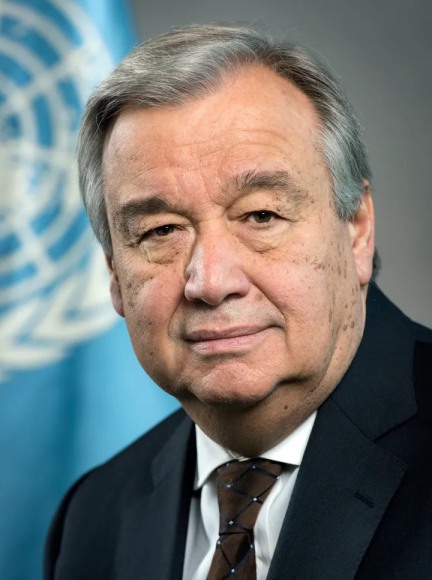 The ninth Secretary-General of the United Nations

António Guterres, the ninth Secretary-General of the United Nations, took office on 1st January 2017. Prior to his appointment as Secretary-General, Mr. Guterres served as United Nations High Commissioner for Refugees from June 2005 to December 2015,  heading one of the world’s foremost humanitarian organizations during some of the most serious displacement crises in decades. Before joining UNHCR, Mr. Guterres spent more than 20 years in government and public service. He served as prime minister of Portugal from 1995 to 2002, during which time he was heavily involved in the international effort to resolve the crisis in East Timor.

As president of the European Council in early 2000, he led the adoption of the Lisbon Agenda for growth and jobs, and co-chaired the first European Union-Africa summit. He was a member of the Portuguese Council of State from 1991 to 2002.

Mr. Guterres was born in Lisbon in 1949 and graduated from the Instituto Superior Técnico with a degree in engineering.