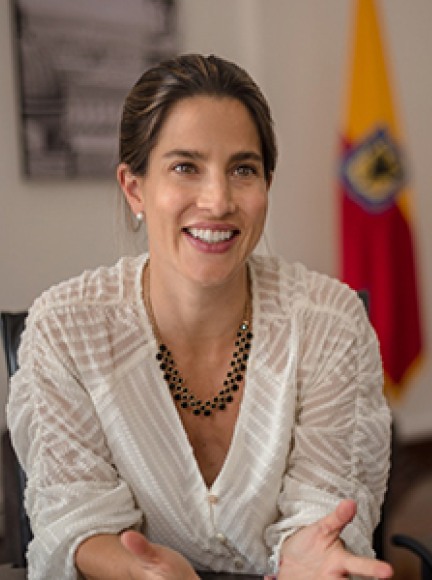 In January 2020 Diana Rodríguez-Franco was appointed as Secretary for Women’s Affairs in the City of Bogotá.

She has dedicated her life to the study and defense of human rights. As Deputy Director and researcher at the Center for the Study of Law, Justice and Society (Dejusticia) she focused on citizen participation, forced displacement, access to health and environmental policy topics.