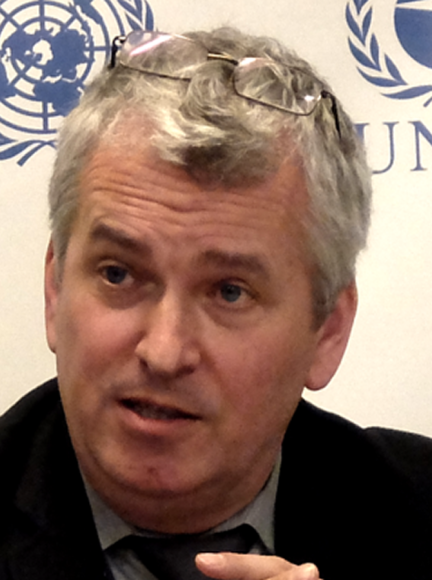 Filiep is currently the chief of UN-Habitat’s programme development branch. Previously, Filiep served as Deputy Director of UN-Habitat’s New York Liaison Office (NYO) and a Chief Technical Advisor. During his career, Filiep has predominantly focused on urban initiatives in conflict- and crisis-affected countries, specializing in urban planning, land, and housing issues. He has worked for UN-Habitat for more than fifteen years in different capacities, including long-term assignments in Haiti, the Occupied Palestinian Territory, Somalia, and Morocco.

He also acted as coordinator for UN-Habitat’s Global Disaster Management Program. He was trained as a civil engineer, architect, and urban and regional planner with advanced master’s degrees from the Universities of Ghent and Leuven in Belgium.