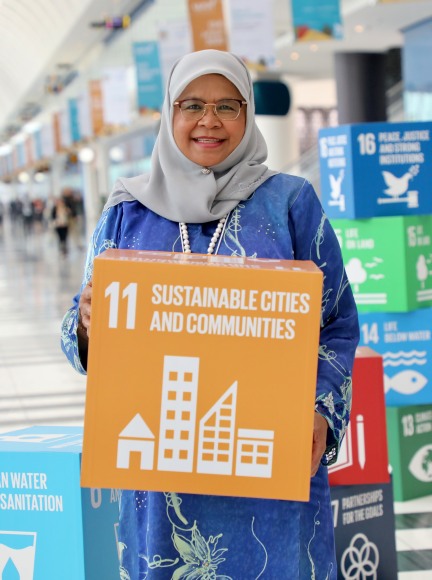 Since joining the United Nations, she has re-positioned UN-Habitat as a thought leader in sustainable urbanization and an agency that advocates for the implementation of the New Urban Agenda to achieve the Sustainable Development Goals and the nationally determined contributions to the Climate Action Paris Agreement.

She is the co-chair of the Secretary-General’s Task Force on the Future of Cities and co-chair of the Local 2030 Coalition, designed to support and accelerate local-led delivery of the Sustainable Development Goals. She is an advocate for local voluntary reviews of the New Urban Agenda and a champion of urban issues in the World Economic Forum.

Before becoming Executive Director, she served as Mayor of Penang in Malaysia and was the President of the Malaysian Association of Local Authorities.

She has over 30 years of experience in urban planning.

Joint Opening of the Assemblies

Launch of the World Cities Report 2022